If we confess our sins, he is faithful and just to forgive our sins and to cleanse us from all unrighteousness. (ESV) (1 John 1:9)

The Carson King Thing!!!!  The University of Iowa Stead Family Children's Hospital overshadows the Kinick Football Stadium in Iowa City. This new state of the art facility has such a positive impact on the lives of so many children and their immediate and extended families. For many years, "the wave" has been a Hawkeye tradition on game day. But, in recent years, it has been so heartwarming to see game day fans turn toward the children's hospital. They do the wave gestures to the children, families and staff. But--Saturday, September 28, 2019, was special. One young man named Carson King was among the fans. He was easy to spot because he was an Iowa State Cyclone guy wearing a red and yellow pullover shirt in the midst of a stadium full of Hawkeye black and gold. Together, as Iowans, they all did the hospital wave. Now here is the real story of the Carson King Thing. In my opinion, Carson King represented a key cog in the chain that God used to put this all together. The end result has nothing to do with football--it has nothing to do with beer, the band or mistakes of the past. It has everything to do with the love and generosity of Iowans and people throughout the nation. Yes. it is a tribute to this special group of children, their families and providers. But most of all--it is a story of LOVE and HOPE. (I think that may be just what we need right now.) 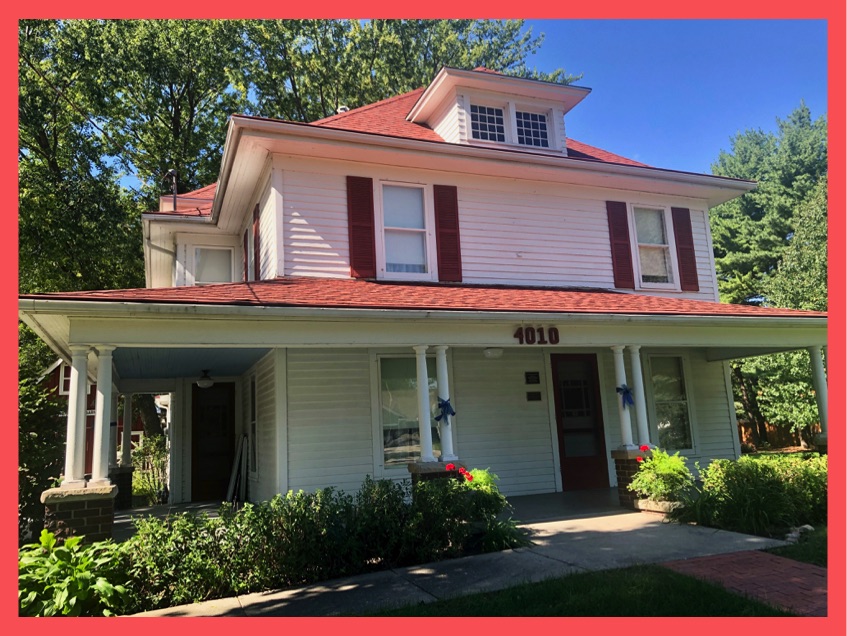 The Olmsted Urban House is just a stone's throw (about one mile) from our home in Urbandale. I have driven past it hundreds of times and I considered it just a big old farm house on a busy street. But, now it takes on a whole new prospective--it is history in our neighborhood. Last month the Olmsted Urban House was placed on the National Register of Historic Places.

I  can do all things through him who strengthens me.. (ESV) (Philippians 4:16)