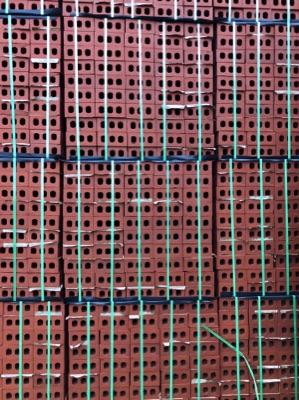 Everyone who hears these words of mine and does them will be like a wise man who built his house on the rock. And the rain fell, and the floods came, and the winds blew and beat on that house, but it did not fall because it was founded on the rock. (ESV) Matthew 7:24,25)

The United Brick and Tile Company is located in Adel, Iowa. It is adjacent to the Raccoon River Recreation Trail so I have ridden my bike by here many times and always wished I could go inside. Today (November 19, 2018) was that special day.

You you can tell by the picture above that brick manufacturing has been an important part of history in Adel, Iowa, for well over a century.  The original plant was opened as R.M. Kerns & Company in 1880. It was renamed Dallas County Brick and Tile Works when it moved to the current location in 1904. Brick making, like most industries, is not an easy business, but Iowans are tough and persistant.  Following a second bankruptcy, they reorganized as the United Brick and Tile Company in 1934. A lot of good things have happened since that time. The plant is now updated with highly automated equipment and a second kiln has been added. This, of course, provides employment that puts food on the table for many Iowa families. As I told you earlier, I usually do my adventures alone but I felt very comfortable with this group tour today. I am also thankful for Van and Bonnie. They do so many things to promote our great state of Iowa.  One last thing--I named this "Millions of Bricks" because one of our tour guides said there were about 50 million bricks on storage today. I'm not so sure about that---I only counted 49,000,000!!!!

I do a lot of Iowa adventures but I usually go solo. I like to go on my own pace and stay as long as I please. But when I heard that WHO radio hosts Van and Bonnie were going to do a guided tour of the United Brick Company, I knew I had to tag along. 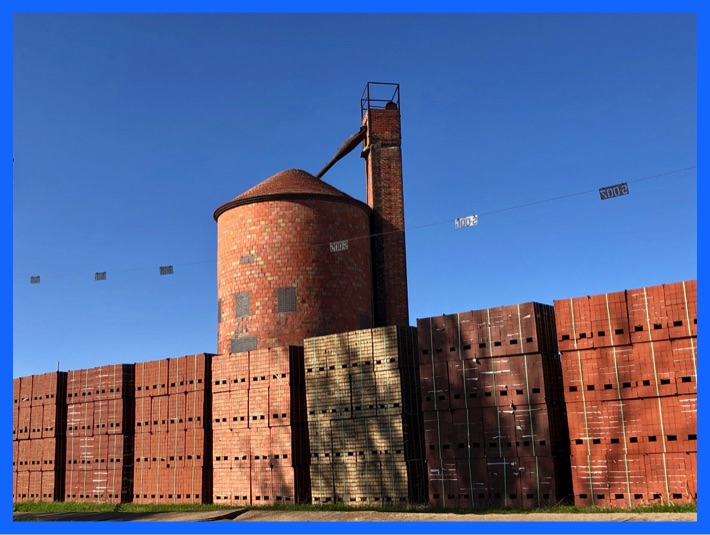 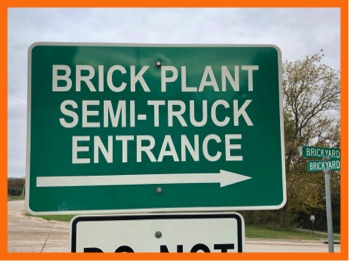 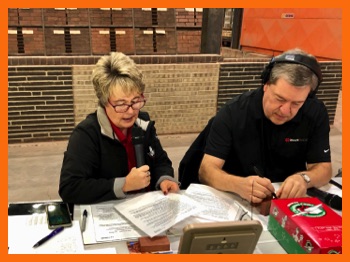 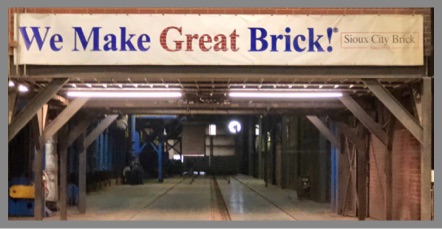 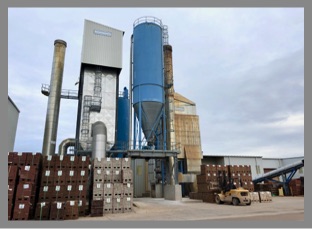 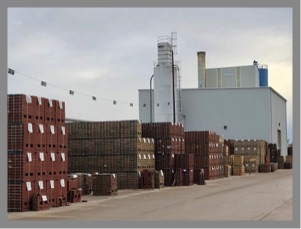 Above: Pictures of the plant. Below: A peek at the process. 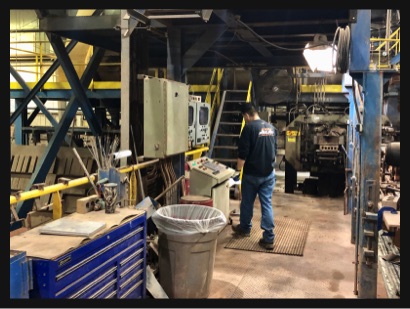 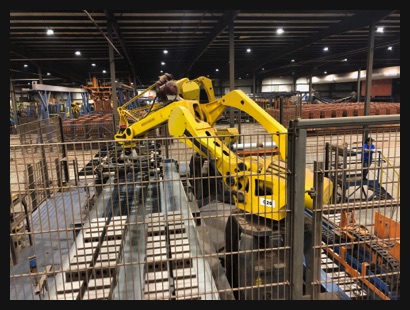 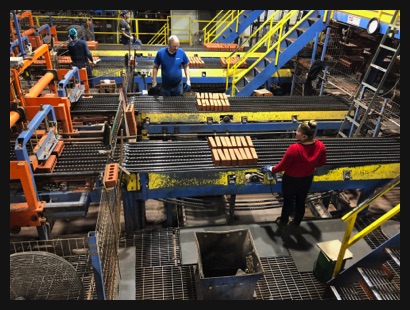 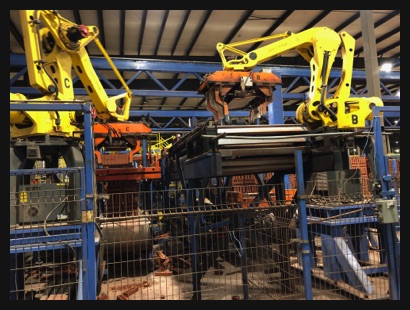 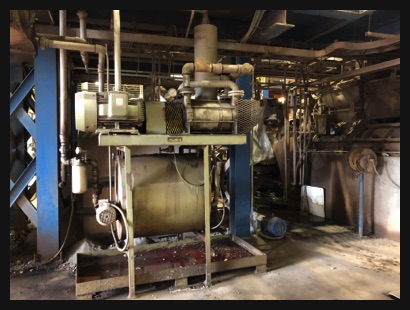 Below: WHO radio hosts Van and Bonnie get up early and so do I. I checked in at 5 AM to be part of the first tour. But the early bird doesn't always get the worm. The indoor tour was great, but when we strolled through the outdoor brick storage yard, it was really dark with a light mist falling. This is an area I really wanted to see so I went out for coffee and rejoined what may have been the last group at 8:45AM. It was still cloudy and misty but that's ok--it didn't dampen my enthusiasm. Now wait a minute--you may say, "If you've seen one brick you have seen them all." Not true--each stack of bricks has its own personality--kinda like brick dna. I wish I could show you every brick but stick with me and we will just view a few. 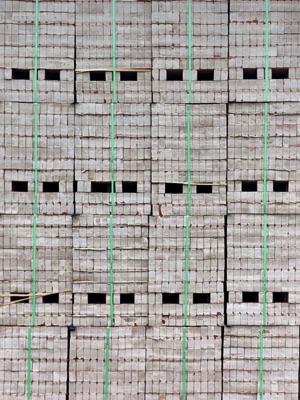 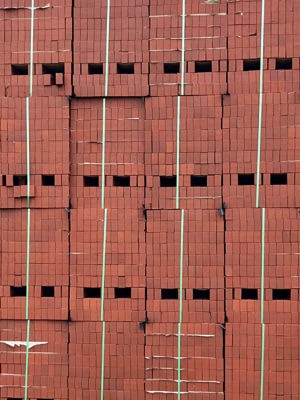 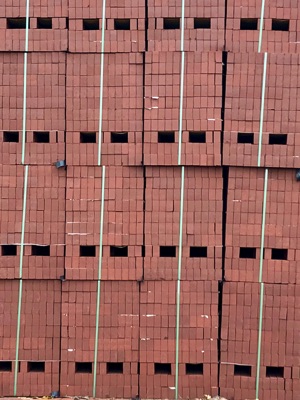 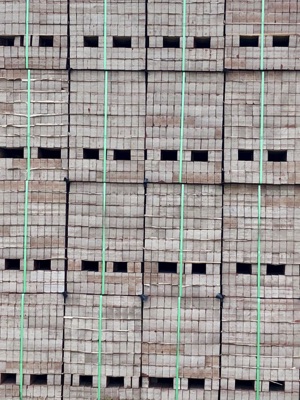 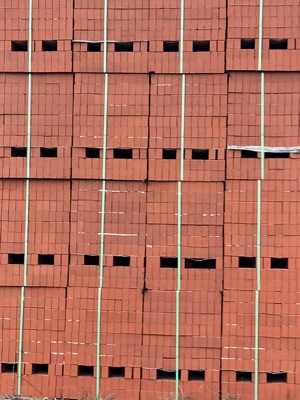 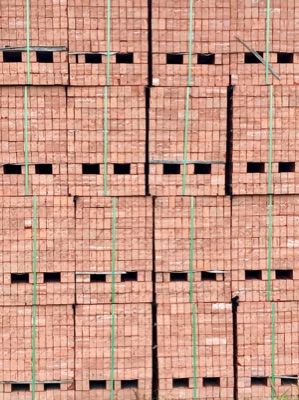 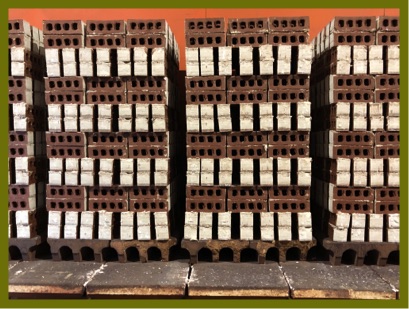 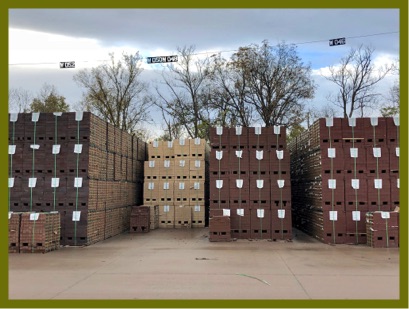 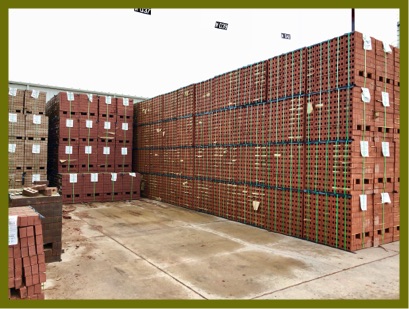 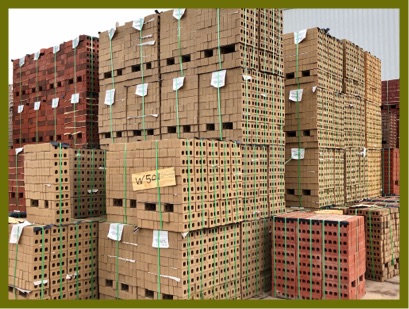 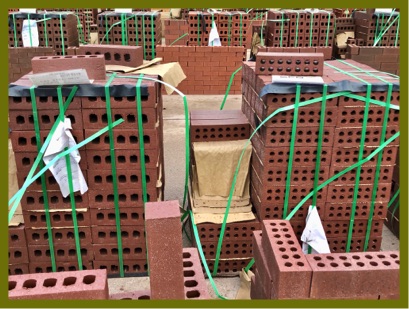 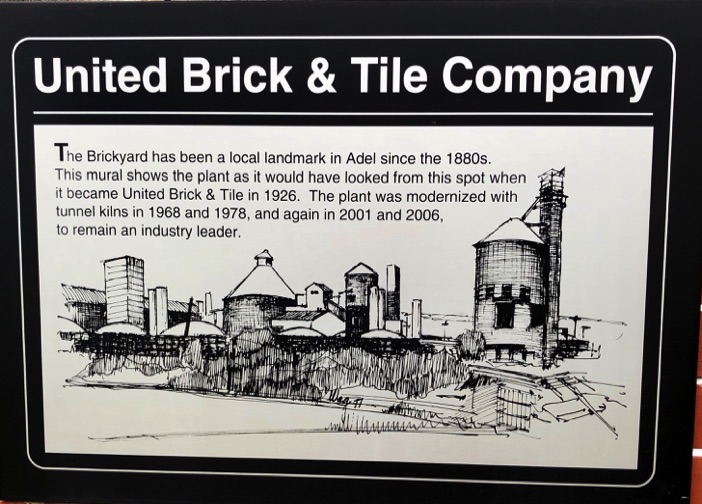 Above: A sign in the mini-park by the United Brick Company--Adel, Iowa 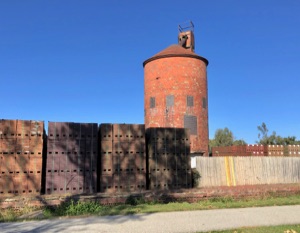 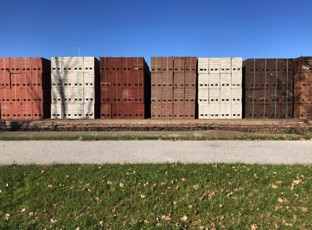 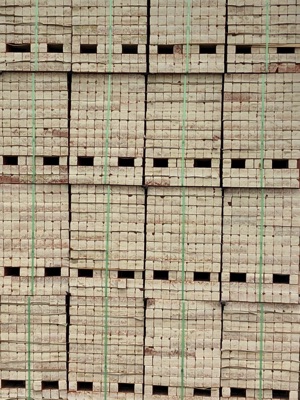