"I pledge allegiance to the Flag of the United States of America, and to the Republic for which it stands, one Nation under God, indivisible, with liberty and justice for all."

Excerpt from a sonnet by Emma Lazarus mounted on a plaque inside the pedestal of the Statue of Liberty in the New York Harbor: "Give me your tired, your poor, your huddled masses (refugees) longing to breathe free." (parenthesis mine)

My View for the Month: Alphonso Barney is a remarkable person. I first met Alphonso in 2004. He had just arrived in the United States from the war torn country of Liberia. Things had not been easy for Alphonso in his homeland. He was seeking a new life of safety and security in the United States. As it turned out, things were not easy for Alphonso in America either. He faced a lot of adversities throughout the first few years after his arrival, but he just kept on giving thanks and praising the Lord throughout all trials and circumstances that confronted him. Today, May 09, 2018 -- Alphonso became a U.S. citizen.  The pic at the left tells it all. Here is Alphonso in front of the American flag holding the certificate that declares him a legal citizen of the United States. He shared this very special honor with 42 people representing 17 countries. On a personal note, I am thankful that Rod & Carol Clarkson, Alphonso's lady-Jenneh, and I could be present at this very special and touching Naturalization Oath Ceremony at the USCIS Office in Des Moines. God bless you, Alphonso. We all love you. Today was a special day for Alphonso. I might add--"I think it was a special day for the United States of America, too." 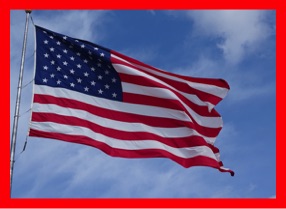 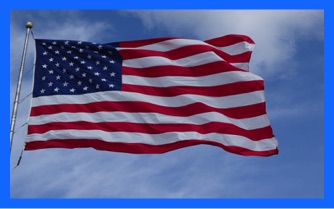 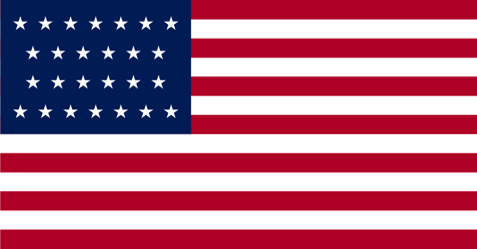 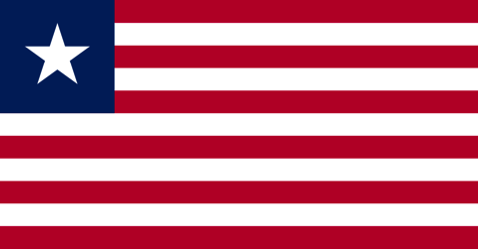 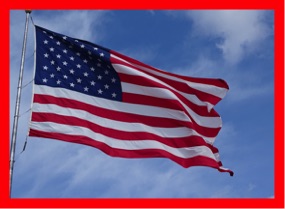 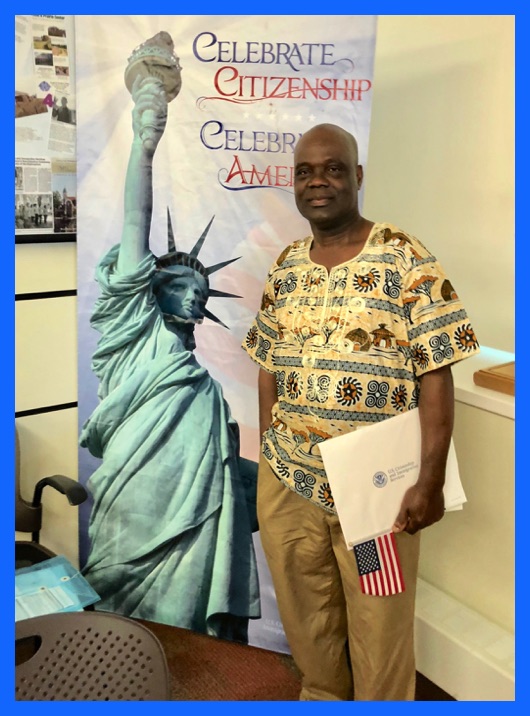 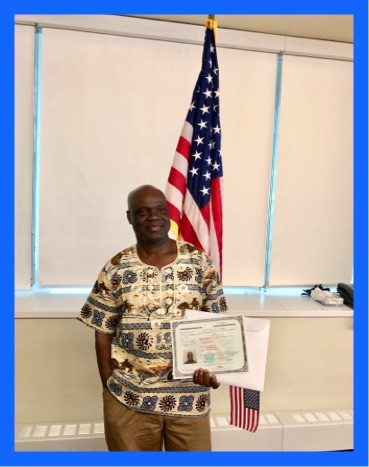 When an alien lives with you in your land, do not mistreat him. The alien living with you must be treated as one of your native-born. Love him as yourself, for you were aliens in Egypt. I am the Lord your God. (NIV) (Leviticus 19: 33,34)