I arrived downtown at 9AM. I thought I would watch installation of the Miffy Fountain for a while and leave. The process was slow, but interesting.  I couldn't seem to find a "leaving point" so I stayed until Miffy was unveiled in mid afternoon. American artist Tom Sachs created this beautiful bunny. It sits on the library lawn to greet you before you enter the building. Winter is on the way, so we will have to wait until next spring to see the fountain in all its glory.

It was a beautiful day--I arrived early and stayed late. This beautiful 3000 pound cast iron sculpture was created by Ai Weiwei, Chinese sculpture artist. Iron Tree Trunk has the honor of being the 30th piece of art at the John and Mary Pappajohn Sculpture Park. There are so many great things to see and do in Iowa, but I think this must be the best collection of outdoor sculpture art in the whole world.

A Tree and a Bunny--It is not a tree! It is not a bunny! These are just my affectionate nicknames for two important art additions installed in downtown Des Moines in recent weeks. What I call a "tree"is actually a new addition to the Pappajohn Sculpture Park. The correct title is "Iron Tree Trunk." What I refer to as a "bunny" is a new fountain-sculpture located on the lawn of the Downtown Des Moines Library. The real name is Miffy Fountain." I was there for both of these special events.

A TREE AND A BUNNY

The Miffy Fountain appeared on the front lawn of the Des Moines Downtown Public Library, November 01, 2018. 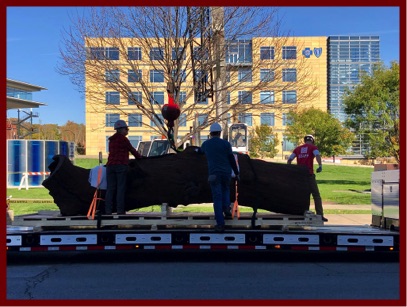 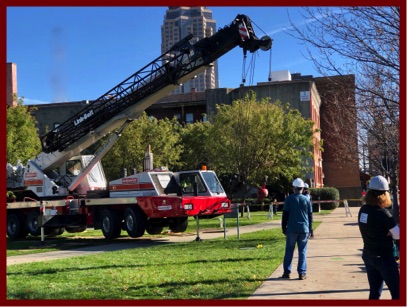 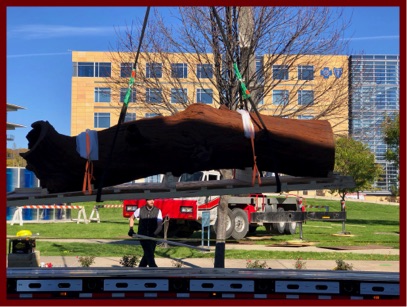 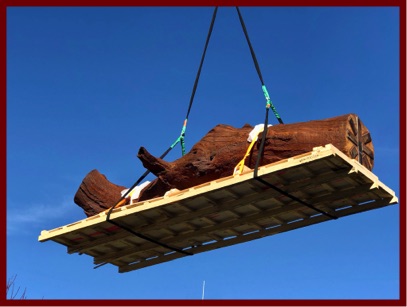 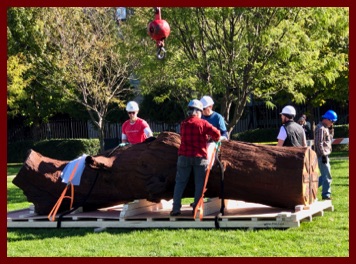 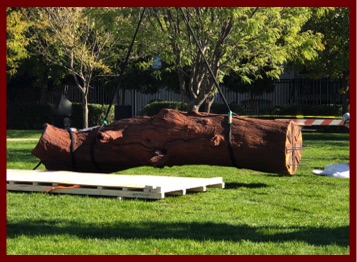 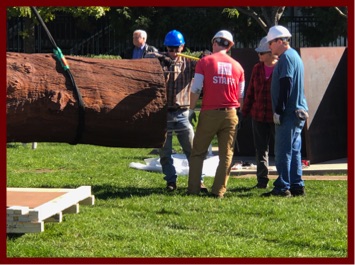 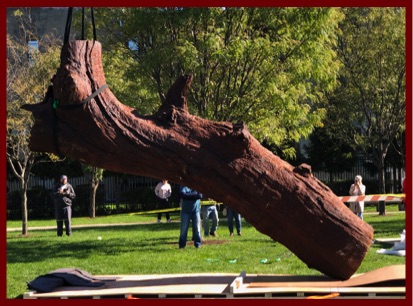 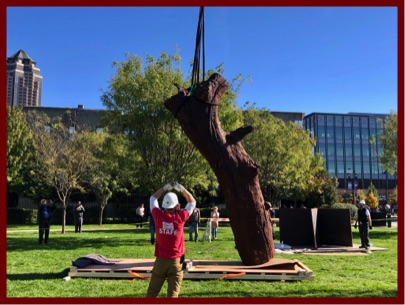 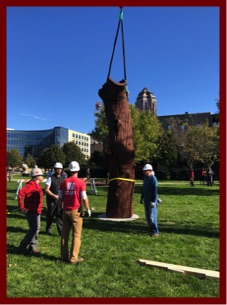 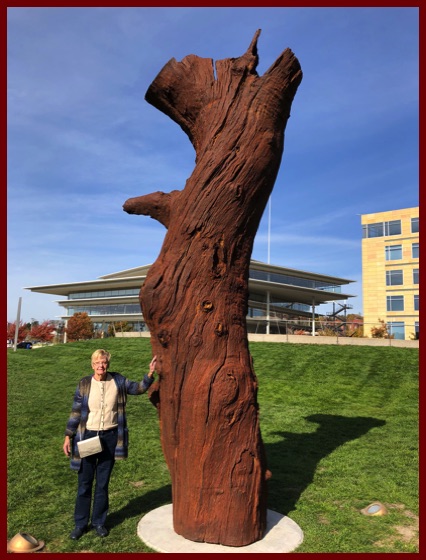 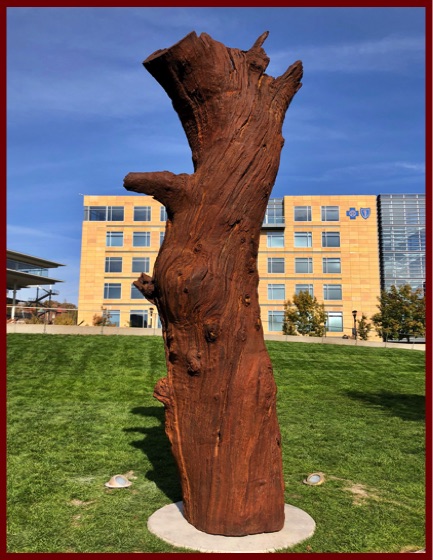 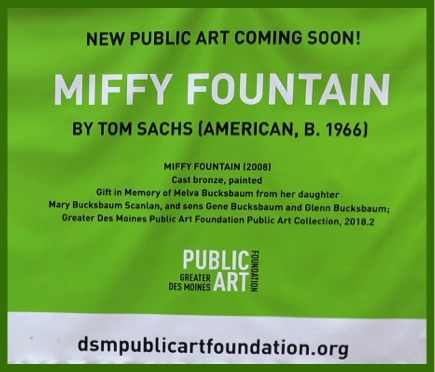 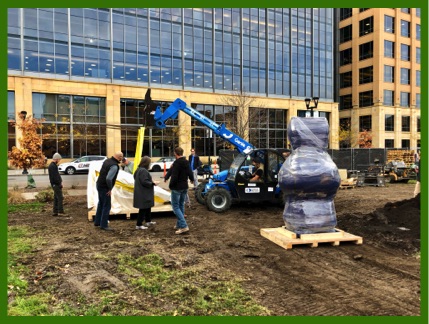 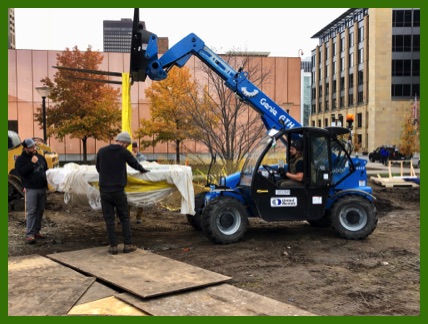 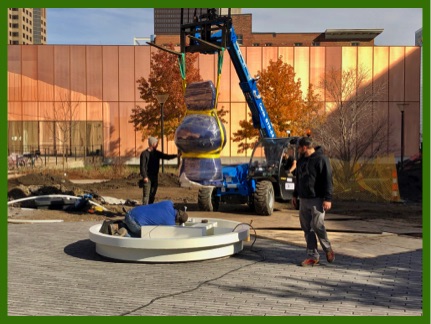 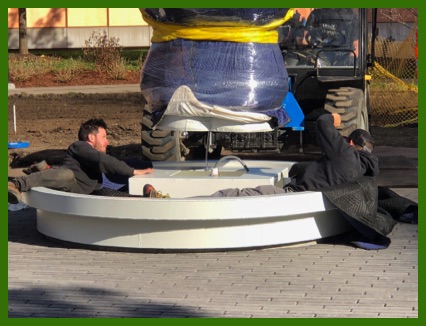 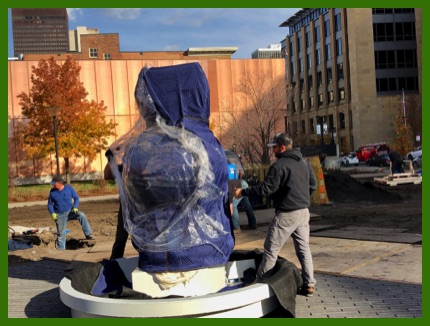 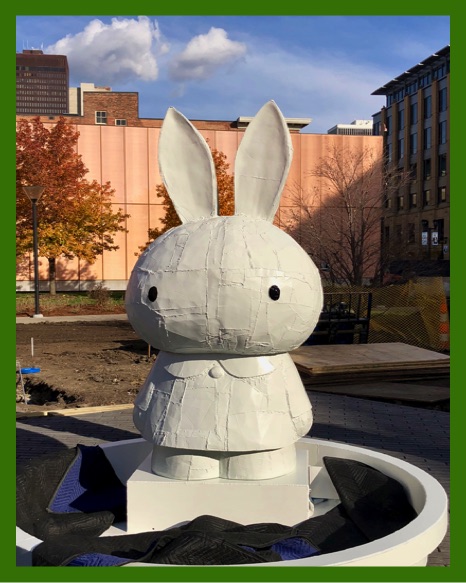 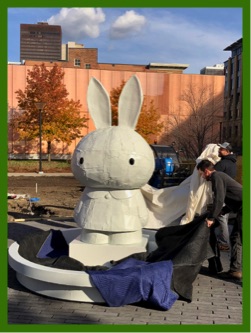